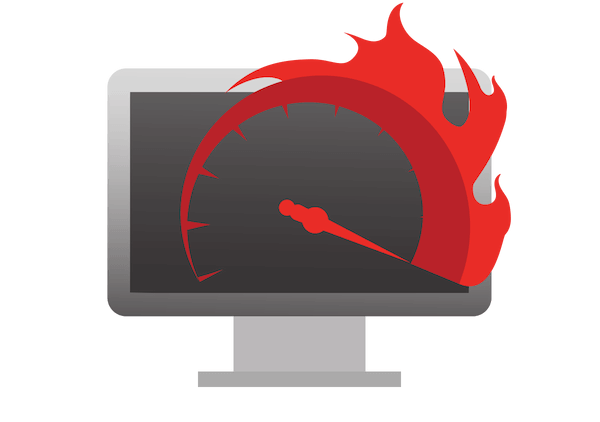 Quick CPU Portable is a program that was designed to fine-tune and monitor important CPU and System parameters such as CPU Temperature (Package and Core Temp), CPU Performance, Power, Voltage, Current, Core Parking, Frequency Scaling, System Memory, Turbo Boost, C-States, Speed Shift FIVR Control as well as making other adjustments. Below you can find information about the way this application works and how to interpret application data and settings as well as modify and monitor other critical system parameters.

Back in a day, most computers were desktop machines with the main goal for the hardware, to offer absolute best performance and there was no real need for technologies such as SpeedStep, Turbo Boost etc.

However, in the modern world, power consumption sometimes takes a higher priority than performance output. Considering significant change in technology and expectations from the hardware, CPU’s have gotten a lot of new features such as TurboBoost, SpeedStep, Hyper-Threading and individual core state/s that help to reduce power consumption and heat. Even though these are all positive changes, it sometimes creates a situation where an end user is not getting top performance when it is required (delayed performance boostboost).

This can be caused by many hard to predict factors, such as system state, availability, CPU state, heat and many many more. This application was made to provide help in controlling such factors and reduce the effect of degrading performance when possible. Many features mentioned above will be described in greater details in the description below, so if you are interested read on …

CPU Core parking is a feature that was introduced in Windows Server 2008 R2. The processor power management (PPM) engine and the scheduler work together to dynamically adjust the number of cores that are available to run threads. The PPM engine chooses a minimum number of cores for the threads that will be scheduled. Cores that are parked generally do not have any threads scheduled, and they will drop into very low power states when they are not processing interrupts, DPCs, or other strictly affinitized work. The remaining cores are responsible for the remainder of the workload. Core parking can potentially increase energy efficiency during lower usage.

The functionality of this application allows for you to control the number of CPU cores that need to be enabled or disabled (or you can simply enable all the cores at all times, see explanations on how it works below) based on your personal requirements, also now by looking at CPU graph you can tell if the specific core is enabled or disabled. This information is also available in the CPU performance tab under “Enabled cores” and “Parked cores”. This is real time info, so you don’t have to press the “Refresh” button to find out the current status.

CPU frequency scaling is a feature that enables the operating system to scale CPU frequency up or down to try and match supply to demand, delivering CPU performance when necessary or saving energy when possible. Similar to Core Parking OS is trying to scale CPU frequency dynamically based on the system load. The index for this control works similar to Core parking. On specific detail about the frequency scaling is that even if you set an index to 100% it’ll increase (and keep) the frequency up to the CPU base frequency level, and still use dynamic scaling for any extra performance

You can see an example in the image below where frequency scaling is set to 100% and the OS is keeping CPU frequency as close to its base (2.6 GHz in this specific example) as possible at all times. However, you can see that during heavy system loads CPU can spike higher than its base frequency thanks to ‘Turbo Boost’ technology. The good news is that you can go above the base frequency levels and keep your CPU close to it’s Maximum possible frequency thanks to Intel Turbo Boost and AMD Turbo CORE technologies. And that’s what the next section is about.

During the normal system load CPU in your system operates at a standard clock speed (which indicates its overall performance). In fact, if some heavy lifting is required (considering power usage) Turbo Boost kicks in increasing CPU clock frequency for the duration of the task. By setting TurboBoost index to its maximum value CPU will try to provide performance greater than the performance level corresponding to the Processor base frequency at all times.

Intel Turbo Boost and AMD Turbo CORE technologies are features that allow processors to achieve additional performance when it is most useful (that is, at high system loads). Basically it raises CPU operating frequency (as well as performance) in a dynamic (non deterministic) way.

Here’s what Intel states about their turbo boost technology:

Processor C-states are idle power saving states and during all the C-state/s (other than C0) the processor is idle, meaning that nothing is executing. C0 can be considered as an idle power state, meaning it is the non-idle state when the core is actually executing instructions.

Core idle states – How It works

Each core has several idle states, C0, C1, C3 etc … After all hardware threads supported by a core have executed HALT instruction (instruction which halts CPU/unit until the next external interrupt is fired) core transitions to the first non iddle state C1. Now that the core is in C1, the coprocessor’s power management (don’t mistake with the OS power manager) routine needs to figure out whether it is worthwhile to shut the core down further and drop it into a next C-state. In which case, further parts of the core are shut down and power gated.

The following section will provide a short summary of features and functionality related to the Power Plan Management application form.

Power Plan Settings Settings: this section lists all the settings that can be found in the selected power plan and provides the following features:

Power Plan Management this section allows an end user to view and manage system power plans available on the computer, and provides the following features: 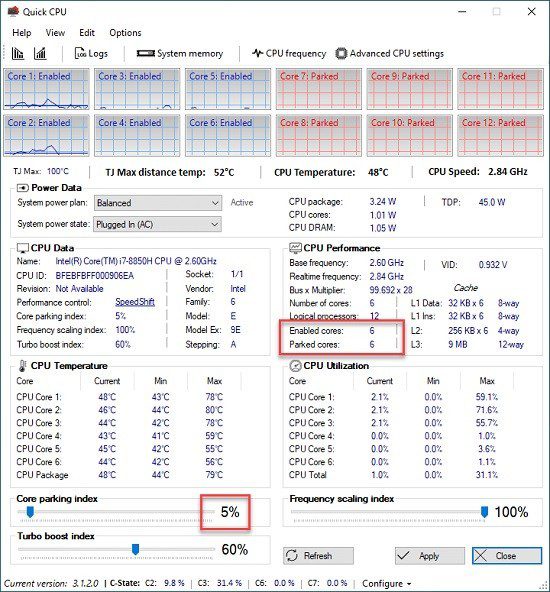 Oct 22, 2020
Loading ... Load More Posts No More Posts
You cannot print contents of this website.
We use cookies to ensure that we give you the best experience on our website. If you continue to use this site we will assume that you are happy with it.OkNoRead more