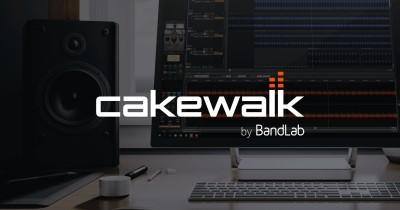 Cakewalk Portable by BandLab is a standalone digital audio workstation (DAW), based on the previous Cakewalk flagship software, SONAR Platinum. BandLab is a music creation and social platform for iOS, Android, and Google Chrome. BandLab’s Mix Editor is a multitrack recorder with included MIDI instruments, a Looper, and more. Fueled by over 30 years in the relentless pursuit of innovation, Cakewalk Portable by BandLab is the new standard for the modern recording studio.

The most complete music production package
The creative experience only SONAR offered: advanced technology, effortless workflow, and an interface that amplifies inspiration.

Edit
Fix mistakes, arrange parts, and manipulate pitch, time, and any other aspect of your recordings

A World of Instruments
Whether you’re a songwriter, producer, or composer, Cakewalk by BandLab has the instruments you need to build your production from the ground up.

Studio Quality Effects
For tracking, mixing, or mastering, with FX ranging from the essential to the unique, Cakewalk Portable by BandLab has you covered. Designed to emulate the layout of an analog console, build and upgrade your channel strip with an expandable library of ProChannel modules ranging from convolution reverb, resonant filtering, dynamic compression, and powerful EQ to tape and console emulation, peak limiting, and tube saturation.