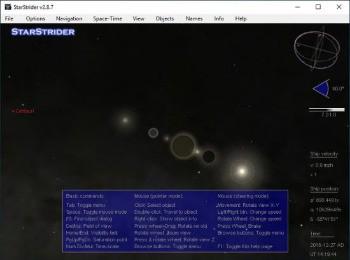 StarStrider is a software planetarium, a virtual space-ship, an advanced 3D star chart, a solar system simulator, and more… It is both fun and educative, it is pure beauty and it’s scientifically accurate. It is our hope that it will not only give you a glimpse at the wonders of the universe, but that it will also inspire you with some of the awe that we feel for the universe.