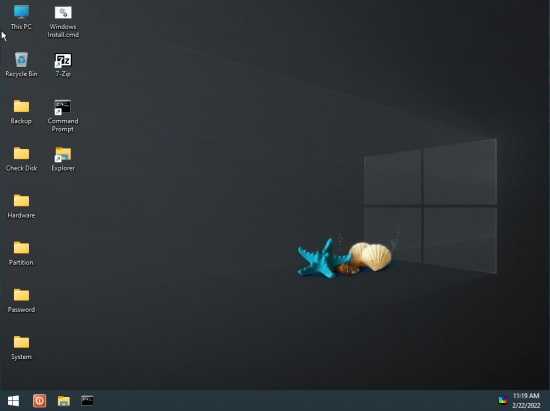 Windows PE, which stands for Windows Preinstallation Environment, is a light version of the Microsoft operating system that can be loaded at system startup and used to administer it in emergency conditions.

In the past we’ve often talked about Windows PE and we’ve mentioned that some software allows you to create a startup disk without the need for any additional components: AOMEI Backupper, just to name one.

As we have seen, however, it is possible to create a Windows PE boot medium using a number of unofficial tools and even insert utilities and scripts to facilitate the management of Microsoft operating system installations and brilliantly solve

Thus, it is possible to create a tool based on the Windows kernel for booting any machine to be used as a real Swiss Army knife

The “recipe” that has been developed makes it possible to create an ISO file to be inserted into a USB flash drive (for example, with Rufus: see Rufus, user’s guide to creating bootable media and USB flash drive with multiple operating systems: how to create it) to boot from a Windows environment and run a whole series of troubleshooting utilities.

The assembly includes 2 versions of Windows 10 and Windows 11

Both versions of Windows 10 and Windows 11 have the same interface.