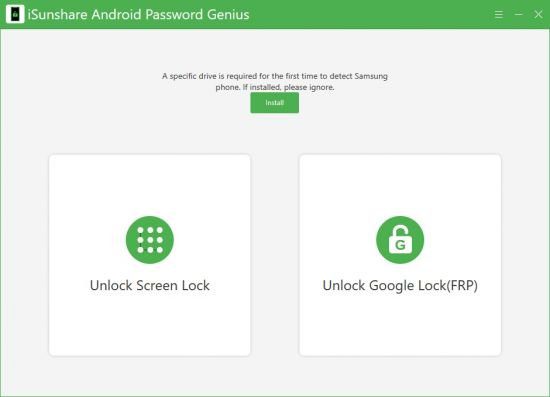 Professional passcode unlocker for Android phones and FRP eraser for Samsung devices. For Unlock Screen Lock feature of Android Password Genius Portable, it could be applied to many brands carrying Android OS, including but not limited to Samsung, Huawei, LG, ASUS, Sony Xperia, HTC, etc.

– Efficiently unlock the screen lock on the Android devices no matter what kind of lock it is – pattern, pin, passcode or fingerprint.
– Unlock screen lock screen and remove Google account to regain full control of your Samsung devices.
– Erases FRP from Samsung phone, quickly and without effort, requiring no password.
– User-friendly, designed with intuitive interface so that everyone can make use of it.
– 100% pure and clean, without any virus or malicious attack.
– Works smoothly on Windows computer to unlock Android mobile phones and remove FRP lock on Samsung devices.

The passcode of lock screen on Android mobile devices may get lost. And it’s hard to regain via something like “Forgot password”. That’s where you need a lock eraser – iSunshare Android Password Genius.

FRP, short for Factory Reset Protection, is designed to prevent others from maliciously factory resetting your Samsung phones. iSunshare can help you remove it without requiring Google account and password. And after removal, the OS on your device will be automatically updated to the latest version. At the meantime, however, all data on the device will be erased thoroughly.