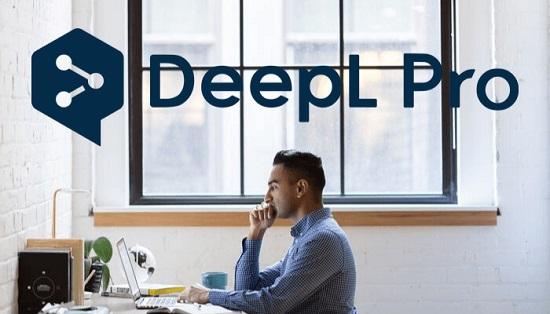 DeepL Pro Portable: faster, safer, better. Unleash the full power of the world’s best online translator for you and your team. Try out the world’s best machine translation. Translate text in any and all applications on your computer. The fastest and easiest way to translate is using DeepL.

The greatest function of this utility is that you do no need to manually launch it every time you need to translate your text to a another language. You simply need to press Ctrl+C twice and the paragraph(s) you have selected are automatically pasted within the main window of DeepL and translated.

In other words, you can continue working with your favorite text editor and leave DeepL running in the background without it hogging your PC resources. Alternatively, you can create a list with the programs where DeepL should not be triggered.

The main window of DeepL is as straightforward as it can be – you get one panel for the source text and another one for the translation. You can even look for synonyms and replace words in the output text if you are not entirely satisfied with the result.

Furthermore, DeepL can help you improve your vocabulary when learning a new language, as it displays a detailed explanation for a chosen word or phrase, along with various scenarios for using them.

DeepL currently supports several source languages (such as English, German, French, Spanish, Portuguese, Italian, Dutch, Polish and Russian), and it automatically detects the language for your selected fragment. It can translate the text to the same languages, so you should first check if the language you are interested in is supported.

All in all, DeepL is a useful and reliable application for those who often need to translate parts of their texts to other languages and who also want to enrich their vocabulary in the target language.

Data Confidentiality
Your texts are deleted immediately after you’ve received the translation.

The World’s Best Machine Translation
DeepL’s neural networks are able to capture even the slightest nuances and reproduce them in translation unlike any other service. In blind tests pitting DeepL Translator against the competition, translators prefer DeepL’s results by a factor of 3:1. DeepL also achieves record-breaking performance according to scientific benchmarks.

Your Data is Secure
We guarantee DeepL Pro subscribers that all texts are deleted immediately after the translation has been completed, and that the connection to our servers is always encrypted. This means that your texts are not used for any purposes other than your translation, nor can they be accessed by third parties. As a company based in Germany, all our operations comply with European Union Data Protection laws.

Translate Whole Documents
With DeepL Pro, you can translate an entire document with one click. All fonts, images, and formatting remain in place, leaving you free to edit the translated document any way you like. Get started today and let DeepL Pro translate your Microsoft Word (.docx), PowerPoint (.pptx), and text (.txt) files. Further formats coming soon!

API Access
If you sign up for the DeepL API plan, you will be able to integrate DeepL’s JSON-based REST API into your own products and platforms. This allows you to incorporate the world’s best machine translation technology into a variety of new applications. For example, a company could have their international service enquiries instantly translated by DeepL Pro, greatly simplifying business procedures and improving customer satisfaction. 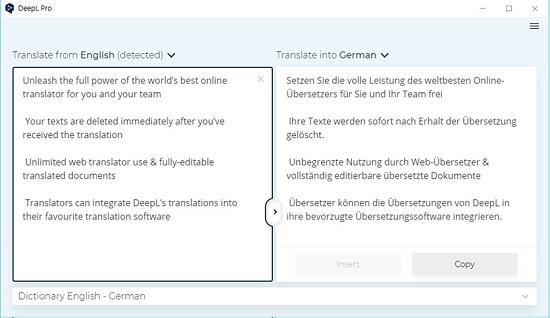 Aug 1, 2020
Loading ... Load More Posts No More Posts
We use cookies to ensure that we give you the best experience on our website. If you continue to use this site we will assume that you are happy with it.OkRead more