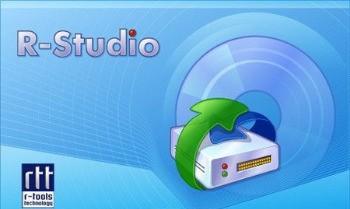 Features:
Standard user interface “Windows Explorer”
Recovering data over a network
Supported file systems: FAT12, FAT16, FAT32, NTFS, NTFS5, HFS / HFS +, Little and Big Endian variants of UFS1 / UFS2 and Ext2FS / Ext3FS
Recognition and analysis of Dynamic, Basic and BSD (UNIX) partitions, as well as Apple partition diagrams
Support for dynamic partitions on GPT, as well as for MBR
Reconstruction of damaged disk arrays (RAID)
Creating an IMAGE FILE for a whole Physical Disk (HD), Partition or part of it
Data recovery from damaged or deleted partitions, encrypted files (NTFS5), alternative data streams (NTFS, NTFS5)
Data recovery after the launch of FDISK or similar utilities
Data recovery after a virus attack; FAT damage; destruction of MBR
Localized name recognition
The recovered files can be saved to any, including network, disk accessible by the local operating system
The files or contents of the disc can be viewed and edited with the built-in hexadecimal editor

R-Studio recovers files:
– Deleted outside the Recycle Bin or when the Trash was cleaned
– Removed by a virus attack or computer power failure
– After the partition with the files was reformatted, even in a partition with a different file system
– When the partition structure on the hard disk was changed or damaged
– From hard disks, which have a large number of bad sectors