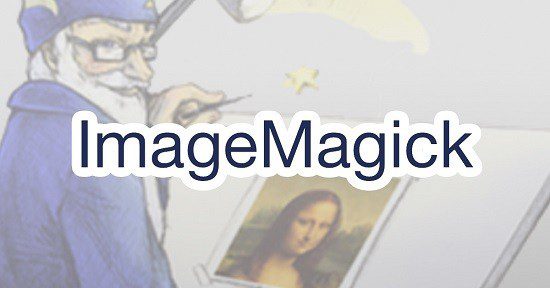 Comes with an outdated interface, but can be accessed via command line

Despite the fact that it is not overly complicated, the setup requires you to pay extra attention to the additional tasks that you want the application to perform. In this sense, you can choose to add the app’s directory to your system path, install legacy utilities, associate supported file extensions and install development headers and libraries for C and C++, to name a few.

Upon launch, you are welcomed by a rugged and old-school interface, but that is also organized and approachable. Then again, you should bear in mind that most of the functions available within the utility are available via the command line console, an option that can intimidate with some users with less technical skills. The UI can be used to preview the bitmap image you are working on as well as perform minimal editing.

Provides you with multiple tools for manipulated images

As previously mentioned, the main function of the program is to help you convert bitmap images to similar file formats, such as PNG, JPG, JPEG or BMP.  At the same time, you can resize, rotate, deskew, flip, trim, add shapes, borders and various special effects like blur, tint, sharpen or threshold to name a few examples.

It is worth mentioning that the application also allows you to insert texts, create animations, montages, extract features, connect component labeling, edit complex text layout, access pixels outside the image region, overlap one image over another, so on and so forth.

Features:
• Format conversion: convert an image from one format to another (e.g. PNG to JPEG).
• Transform: resize, rotate, crop, flip or trim an image.
• Transparency: render portions of an image invisible.
• Draw: add shapes or text to an image.
• Decorate: add a border or frame to an image.
• Special effects: blur, sharpen, threshold, or tint an image.
• Animation: create a GIF animation sequence from a group of images.
• Text & comments: insert descriptive or artistic text in an image.
• Image identification: describe the format and attributes of an image.
• Composite: overlap one image over another.
• Montage: juxtapose image thumbnails on an image canvas.
• Generalized pixel distortion: correct for, or induce image distortions including perspective.
• Morphology of shapes: extract features, describe shapes and recognize patterns in images.
• Motion picture support: read and write the common image formats used in digital film work.
• Image calculator: apply a mathematical expression to an image or image channels.
• Discrete Fourier transform: implements the forward and inverse DFT.
• Color management: accurate color management with color profiles or in lieu of– built-in gamma compression or expansion as demanded by the colorspace.
• High dynamic-range images: accurately represent the wide range of intensity levels found in real scenes ranging from the brightest direct sunlight to the deepest darkest shadows.
• Encipher or decipher an image: convert ordinary images into unintelligible gibberish and back again.
• Virtual pixel support: convenient access to pixels outside the image region.
• Large image support: read, process, or write mega-, giga-, or tera-pixel image sizes.
• Threads of execution support: ImageMagick is thread safe and most internal algorithms execute in parallel to take advantage of speed-ups offered by multicore processor chips.
• Distributed pixel cache: offload intermediate pixel storage to one or more remote servers.
• Heterogeneous distributed processing: certain algorithms are OpenCL-enabled to take advantage of speed-ups offered by executing in concert • across heterogeneous platforms consisting of CPUs, GPUs, and other processors.

With ImageMagick Portable, you can perform these functions on an image: