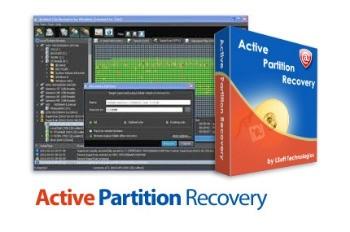 Active@ Partition Recovery is a toolkit that helps you to recover deleted and damaged logical drives and partitions under Windows, WinPE (recovery BootDisk), Linux (recovery LiveCD) & DOS environments. Simple QuickScan easily detects and recovers recently deleted partitions, as long as they were not formatted / overwritten to after deletion. Advanced low-level SuperScan may detect partitions which were deleted a long time ago, even if you have created new ones and even formatted them. Last Chance recovery method detects & recovers files by their signatures on volumes having severely damaged file systems, where physical volume recovery isn’t possible! Recovers NTFS/ReFS, FAT/exFAT …

NEW! Active@ Partition Recovery Ultimate is an ultimate data recovery tool set. In addition to Professional features, it contains a bootable ISO Image (WinPE based Active@ Boot Disk Lite) that you can burn to a CD-ROM or write to a USB Flash drive and boot Windows from this CD-ROM/USB to recover partitions (including the system ones) as well as to recover particular files and folders from within the familiar Windows environment.