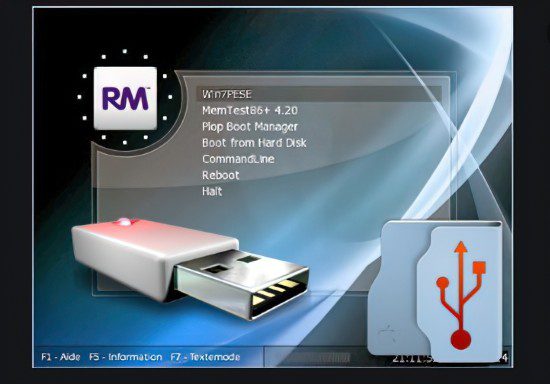 RMPrepUSB Portable allows the Windows user to easily and quickly ‘roll their own’ multiboot USB drive. It allows the user to quickly test, partition, format, install a boot manager, extract or copy files and then test a multiboot (aka multipass) USB bootable drive. It can also make or restore an image and much more. Multiboot ‘point-and-shoot’ utilities like YUMI or XBOOT are excellent, however they don’t support every different ISO or image. You will learn to enjoy making your own personal multiboot drive using RMPrepUSB!

Why use RMPrepUSB rather than a standard USB formatting tool?

-Safe – it only lists USB drives that are less than 128GB in size by default so you cannot accidentally format your USB backup drive or internal hard disk
-Instead of using dd to copy an image to a drive (which can be risky if you choose the wrong drive!) use RMPrepUSB.
-Compatible – RMPrepUSB uses special boot code patches and partition arrangements to give your USB drive the best chance of booting on a wide variety of different PCs
-Fast – formatting is quick. A special FAT32 layout is used which improves write speeds to your USB drive by as much as 10% or more.
-Flexible – you can install a variety of different bootloaders and perform all the actions normally required to make a bootable USB drive within RMPrepUSB.
-Test Environment – you can test that your USB drive boots using QEMU before you try boot it from a real system. 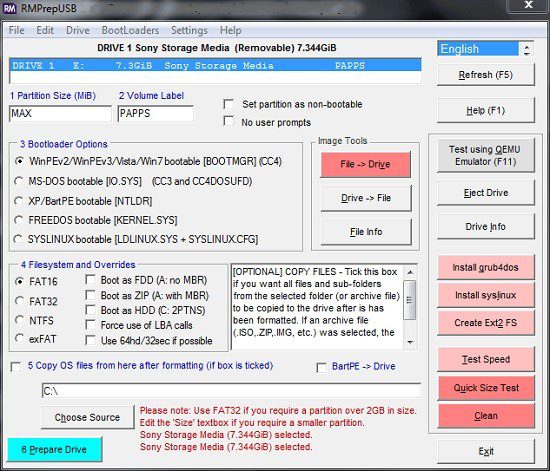 Nov 29, 2021
Loading ... Load More Posts No More Posts
We use cookies on our website to give you the most relevant experience by remembering your preferences and repeat visits. By clicking “Accept”, you consent to the use of ALL the cookies.
Do not sell my personal information.
Cookie SettingsAccept
Manage consent