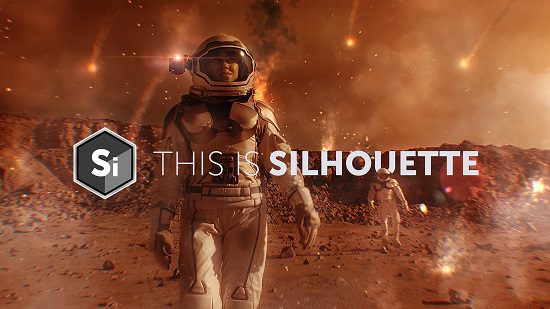 Academy and Emmy Award-Winning VFX Tools. Boris FX Silhouette Portable is here! Silhouette is a best-in-class, GPU-accelerated compositing application, delivering the industry’s most robust non-destructive paint and roto tools to feature film and visual effects teams. Since 2005, Silhouette has made its mark on Hollywood’s biggest films including Avatar, Black Panther, Avengers: End Game, and many more.

The industry’s leading roto and paint tool is now packed with major features for compositing. Silhouette Portable delivers 400+ nodes including premier plugins Sapphire, Mocha Pro, and Particle Illusion wrapped in one integrated node-based package. Silhouette has been integral to Hollywood’s biggest titles for over fifteen years and recently made its mark on Dune, Spiderman: No Way Home, Free Guy, and The Mandalorian. Designed by visual effects artists, Silhouette has been recognized with prestigious Academy and Emmy technical awards and is a member of the Netflix Production Technology Alliance.

A new PowerMesh Warp node makes it possible to use the Mocha Pro’s toolset of the same name – used for tracking deforming organic surfaces like faces and clothing – inside Silhouette itself.

Other new features include InPaint, a new node for semi-automatic marker, blemish and object removal, which works in a similar way to the Nuke node of the same name.

In addition, Silhouette becomes the latest of Boris FX’s tools to get native support for Apple’s M1 processors, improving performance on new Macs, and for colour-management standard OpenColorIO 2.