DaVinci Resolve Portable is the world’s only solution that combines professional 8K editing, color correction, visual effects and audio post production all in one software tool! You can instantly move between editing, color, effects, and audio with a single click. DaVinci Resolve Studio is also the only solution designed for multi user collaboration so editors, assistants, colorists, VFX artists and sound designers can all work live on the same project at the same time! Whether you’re an individual artist, or part of a large collaborative team, it’s easy to see why DaVinci Resolve is the standard for high end post production and finishing on more Hollywood feature films, television shows and commercials than any other software.

What’s New:
DaVinci Resolve Portable features a revolutionary new cut page specifically designed for editors that need to work quickly and on tight deadlines! The new DaVinci Neural Engine uses machine learning to enable powerful new features such as facial recognition, speed warp and more. Adjustment clips let you apply effects and grades to clips on the timeline below, quick export can be used to upload projects to YouTube and Vimeo from anywhere in the application, and new GPU accelerated scopes provide more technical monitoring options than before. Plus, Fusion is dramatically faster and Fairlight adds immersive 3D audio. DaVinci Resolve Portable is a massive release with hundreds of features customers have asked for!

Introducing the Cut Page!
Designed specifically for editors working on high end fast turn around work such as television commercials and even news cutting, the cut page is all about speed. It’s an alternate edit page with a streamlined interface and revolutionary new tools that will help you work faster than ever. The cut page lets you import, edit, trim, add transitions, titles, automatically match color, mix audio and more. Whether you’re delivering for broadcast or for YouTube, the cut page has everything you need to get the job done, all in one place. Plus, the regular edit page is still available so you can switch between edit and cut pages to change editing style right in the middle of a job.

What’s New in DaVinci Resolve 18
DaVinci Resolve 18 features a whole new way of remote collaboration using cloud based workflows! You can host project libraries using Blackmagic Cloud and collaborate on the same timeline, in real time with multiple users all over the world. The Proxy Generator app creates and manages proxies for you. DaVinci Resolve has a new proxy menu, which makes working with them automatic. You can relink original media and proxies in a single click! Apple Neural Engine support allows up to 30x faster playback on Apple Mac M1 models. DaVinci Resolve 18 includes new Resolve FX such as ultra beauty and 3D depth maps, improved subtitling for editors, Fairlight fixed bus to FlexBus conversion and more!

Multi User Collaboration
DaVinci Resolve is the only solution that lets you grow and build your own multi user post production studio! The newly redesigned project libraries are built for real time local and remote collaboration. While the new Blackmagic Cloud lets you host and access your projects from anywhere in the world. Now you can collaborate with editors, colorists, visual effects artists, and sound engineers all working together at the same time. Best of all, you no longer have to import and export files, translate projects, lose work, or conform and manage changes. DaVinci Resolve is the only application in the world that lets everyone work together in parallel on the same project and at the same time! Learn More

All In One Solution for Post Production
DaVinci Resolve is divided into “pages”, each of which gives you a dedicated workspace and tools for a specific task. Editing is done on the cut and edit pages, visual effects and motion graphics on the Fusion page, color correction on the color page, audio on the Fairlight page, and media organization and output on the media and deliver pages. All it takes is a single click to switch between tasks!

Color – Hollywood’s favorite color corrector!
The DaVinci Resolve color page is Hollywood’s most advanced color corrector and has been used to color and finish more high end feature films and television shows than any other system! It’s also approachable with exciting new features designed to make it easier for new users to get great results while they continue to learn the advanced tools. For example, new primary control sliders will be familiar to anyone that’s used image editing software, making it easy to adjust contrast, temperature, midtone detail, saturation and more. The color page has an incredible range of primary and secondary color grading features including PowerWindows™, qualifiers, tracking, advanced HDR grading tools and more!

Media and Delivery – Incredibly wide format support, finishing and mastering!
The media and delivery pages have everything you need to import, manage and deliver final projects. While you can import and organize footage into bins on both the cut and edit pages, the media page gives you a dedicated full screen workspace so you can focus on preparing footage, syncing clips, organizing footage into bins and adding metadata before you start editing. The media page also lets you clone camera media cards for backup purposes. The quick export tool lets you output and upload files to YouTube, Vimeo and Twitter from anywhere in the software, but the deliver page gives you total control over all encoding options and formats, along with a render queue for exporting multiple jobs!

DaVinci Resolve Color Panels
DaVinci Resolve color panels let you adjust multiple parameters at once so you can create unique looks that are impossible with a mouse and keyboard. The incredibly small DaVinci Resolve Micro Panel is great for new colorists just getting started or anyone that needs a portable panel. It features three high quality trackballs, knobs for primary adjustment controls and buttons for playback and navigation. The DaVinci Resolve Mini Panel features additional controls and screens for accessing virtually all palettes and tools. For the ultimate in control, the DaVinci Resolve Advanced Panel gives high end professional colorists access to every single feature and command mapped to a specific button!

Neat Video is a digital filter designed to reduce visible noise and grain found in footage from digital video cameras, DSLRs, TV-tuners and even digitized film or VHS. Neat Video is available as a plug-in for many popular video editing applications such as Adobe Premiere and Final Cut Pro.

Digital noise appears as fine, dancing speckles or static in certain areas of a video clip. It is caused by a range of factors including low light levels, high sensor gain, electronic interference and aggressive compression of video data.

Regardless of the source, any form of noise can seriously degrade the visual quality of footage. However, thanks to the most advanced noise reduction algorithms in the industry, Neat Video offers a way to clean up noisy clips. It is a highly automated and user-friendly plug-in that can be applied in only a few clicks. Improving video quality while preserving the beauty, detail and clarity of the original footage. In many cases rescuing clips that would otherwise be unusable.

Improvements to speed editor functionality on the edit page

In the edit page, the speed editor features a number of workflow improvements. The Sync Bin button opens the source viewer in multicam mode. The CAM buttons switch angles in multicam clips and timelines. Audio level, trim in, trim out and other functions prioritize selection followed by track order. The slip source button always works on the clip under the playhead and slip dest works on the following clip. Other speed editor functions now match the behavior on the Cut page.

You can also specify per-track deliverable rules, setting multiple tracks targeted at specific markets, each with their own custom CPS, timing and line rules.

Both track style and rules can be saved and recalled as presets from the inspector 3 dot option menu.

New tracks are now added in context in the edit timeline

Context clicking and adding a track inserts the new track adjacent to the context clicked track. When adding multiple tracks, the dialog suggests the appropriate position for the new tracks.

Media inputs for Fusion effects in the edit inspector

You can now drag and drop media pool clips to the inspector as Fusion inputs. When creating Fusion effects, plugins and transitions, you can create media drop targets by selecting a Media In tool and exporting clip name as an inspector control.

Resolve FX Sky Replacement allows for keying and replacing the sky in shots with B-roll or artificially generated sky textures. You can use it to keep the sky consistent between takes or provide more appropriate backgrounds to creatively affect color and mood.

An option to review rendered clip before social media upload

From the render queue 3 dot option menu, you can enable Review Before Upload. When rendered, jobs with internet presets render to disk and show that they’re waiting for upload. From the job’s context menu, you can reveal the rendered file, review the quality and content and upload the result.

With DaVinci Resolve 18.1, you can lock and edit individual timelines without locking the parent bin’s contents. This allows for greater flexibility in multi-user projects in setting up your media pool bins without locking other media or timelines in the same folder.

You can still manually choose to lock individual media pool bins to secure their contents independently.

The View menu has been streamlined and improved to make it easier to focus on View-related choices that apply to the entire application, while moving some view-oriented choices that are specific to a single page (e.g., Color) to local menus.

The View menu has been reduced from 40+ items to 25. Some items have been moved into a hierarchical choice, and some moved elsewhere to panel-specific context menus.

When exporting a 5.1.0 XML from a Dolby Vision version 4.0 project, there is a dialog where the mastering colorspace, application type and L11 values for content type and intended white point can be chosen.

New behaviors have been added to automation modes:

The Fairlight grid mode allows you to position clips on a grid based on timecode or musical tempo.

The Fairlight page now has a new DaVinci Neural Engine AI-based core effects process that appears in the Inspector or as a floating plug-in window. This processing can remove loud, undesirable sounds from existing voice recordings. You could literally remove a jackhammer from a recording, leaving only the voice. Voice isolation can be very effectively for general purpose noise or room sound reduction/removal – including air conditioning, traffic, generator or motor noise, echoes and reverbs, undesired room sound, and other background sounds.

The dialogue leveler allows for very useful improvements to dialogue recordings without the need for tedious level adjustment (clip gain or automation curves) or the artifacts of compression or expansion.

Use the dialogue leveler for dialogue recordings that are partially off mic, or have multiple people in a scene at different volumes, differing levels are too extreme, etc, to get extremely even and natural results, while maintaining the perspective of the original balance. The overall effect allows dialogue levels that originally jump out or are near inaudible to sit well in the final mix.

The dialogue leveler (like the voice isolation effect) can be enabled from the inspector and the track FX section in the Fairlight mixer.

The dialogue leveler’s controls include: 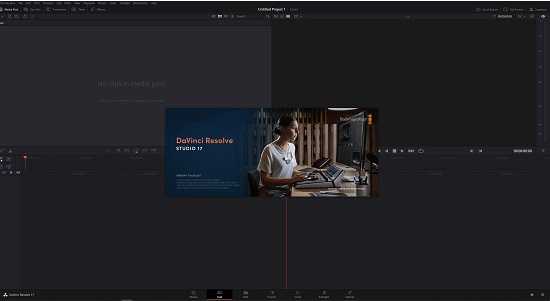