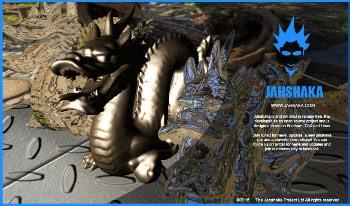 Designed for editors and other professionals involved in digital content creation, Jahshaka is a post production suite that will ultimately include modules for video and audio editing, compositing, animation, visual effects, graphics and paint. Hardware accelerated using OpenGL and built using cross-platform technology, the software runs equally well on Windows, Mac OSX and Linux. Under development since January 2000, the project has had more than 500,000 downloads to date.

The Jahshaka 2.0 release also includes JahPlayer 0.1.0, a professional grade media player capable of playing uncompressed video and image sequences at resolutions as high as 2K and 4K in real-time and featuring a robust set of image analysis tools and basic editorial functions. It is different from most media players on the market in that it is able to maintain the aspect ratio of the source and it uses a completely hardware accelerated pipeline. Future versions will include real-time color correction, real-time 3D scene files and A/B playback.