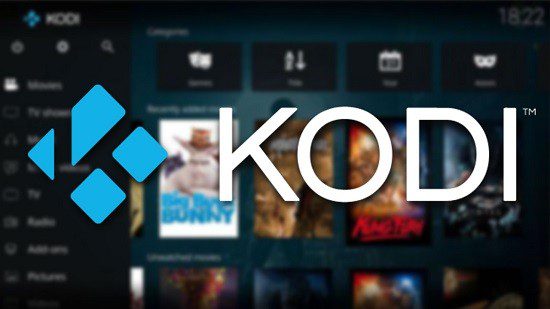 Kodi™ (formerly known as XBMC™) is an award-winning free and open source (GPL) software media center for playing videos, music, pictures, games, and more. Kodi runs on Linux, OS X, Windows, iOS, and Android, featuring a 10-foot user interface for use with televisions and remote controls. It allows users to play and view most videos, music, podcasts, and other digital media files from local and network storage media and the internet.

Kodi can play all your music including AAC, MP3, FLAC, OGG, WAV and WMA formats. It has cue sheet, tagging support, MusicBrainz integration, and smart playlists for ultimate control of your music collection.

Import pictures into a library and browse the different views, start a slideshow, sort or filter them all using your remote control.

Kodi allows you to watch and record live TV all from the GUI interface. It works with a number of popular backends including MediaPortal, MythTV, NextPVR, Tvheadend, VDR, Windows Media Center, and more.

Take Kodi to a whole new level with the vast selection of community created add-ons that are available though our repositories. There are add-ons for videos, music, changing Kodi’s behavior, popular web services, adding more artwork, controlling your lights, and much much more.

Features:
Music
Kodi can play all your music including mp3, flac, wav and wma formats. It has cue sheet, tag reading support and smart playlists for ultimate control of your music collection.

Movies
Kodi can do Movies too! Supporting all the main video formats including streamable online media, Kodi can import, browse and play your Movie collection with ease.

TVShows
The TVShows library supports episode and season views with posters or banners, watched tags, show descriptions and actors. Great for keeping track of your progress.

Pictures
Import pictures into a library and browse the different views, start a slideshow, sort or filter them all using your remote control.

PVR
Kodi allows you to watch and record live TV all from the GUI interface. It works with a number of popular backends including MediaPortal, MythTV, NextPVR, Tvheadend and many more.

Add-Ons
The real power of Kodi comes from the vast selection of user created Add-ons that are available though our repositories. There are Kodi Addons for popular web services, applications and scripts. See which ones are currently available: Add-ons

Skin
Kodi allows you to complete change the whole appearance of the GUI interface. Due to the highly customisable skinning engine you are almost able to change every aspect of it’s looks and feel. By utilising different colours, images and menu structures you can create a stunning interface that matches your needs as a complete entertainment or information platform.

Web Interfaces
Interact with Kodi using its JSON-RPC based remote interface. This brings loads of possibilities for remote controls, web browsers and 3rd party tools to take Kodi to the next level.

Remote Controls
With support for hundreds of remote controls, CEC-compatible TVs, or one of the new Smartphone and Tablet Apps, Kodi allows you to control your media your way.

… yes, it’s here! After several iterations of alpha, beta and RC, Team Kodi is pleased to announce that Kodi 19.0 “Matrix” has just been formally released on all supported platforms. Dare you take the red pill, and find out how deep the rabbit-hole goes?

By the numbers, then, this version is the product of:

Nearly 50 individual open source developers contributed code
About 5,000 commits in over 1,500 pull requests since the first release of 18.x “Leia”
Over 5,500 changed files, with some 600,000 lines of code added, changed or removed
Countless hours of dedicated free time conceiving, designing, developing and testing (including all the infrastructure you see around them, including this web site)
… and, of course,very little travelling, obviously – that’s not good at the moment!
The broad list of new features is below, but – before we get to that – I’d just like to take a moment to say “thank you” to the huge amounts of work put in by the broadest team behind this release. Whether you submitted a few lines of code or a major new feature; whether you worked on video, audio, gaming, or a skin; whether you tested in pre-release and helped identify a problem, debugged an issue or updated a translation; whether you fixed some documentation, looked after the various systems that keep kodi.tv running, or helped to moderate the forum – thank you, one and all. Kodi is a community, and, without all of you, we would all lose something.

So, onward – what have we got. If you’ve been following the release cycle, you’ll have seen these already, but for people who only take final releases… hold on, it’s a long list!

For audio and music lovers, there are significant improvements across the board to metadata handling: library improvements, new tags, new displays, improvements to how Kodi handles release dates, album durations, multi-disc sets, and more. There’s a new, Matrix-inspired visualisation, there are improvements to display when fetching files from a web server, and several changes to how audio decoder addons can pass information through to the Kodi player.

For video, most of the changes are more technical, and may depend on your hardware: AV1 software decoding, HLG HDR and static HDR10 playback on Windows 10, static HDR10 and dynamic Dolby Vision HDR support on Android, and more OpenGL bicubic scalers.

For those who combine the two, and have libraries of music videos, you get some goodies as well: database and metadata display improvements mean that Kodi will now fetch and display related album and artist information from the music library, where appropriate. There are also new features around grouping videos by artist (not just album), support for .NFO files that list all performers instead of just the main artist, plus better search links to return related albums and videos by the same director director.

And, finally, if your definition of “play” is more game-related, we’ve implemented integer scaling to improve the viewing quality of Pixel Art games across the board, while iOS get support for Xbox, PlayStation and other supported Bluetooth game controllers.

For many people, the interface is Kodi – it’s how you find your way around, it’s how you interact with the application and your media. As such, it’s always getting some attention, and this release is no different: screen redesign, especially for music; new metadata displays; changes to playlist views; a new “now playing” view; artwork and image file improvements; both new and updated GUI controls. Some changes may be subtle, but all are designed to improve your experience.

An often-overlooked feature, but immensely useful to so many people, subtitles get some attention in this release: timestamp overlays get fixed, plus you can now select a dark grey colour and set an opacity for the captions.

Python comes in for some major changes in Kodi 19. Because the old Python 2.7 has gone out of support, we’ve finally made the wholesale move to Python 3 and ported our addons across. Much of the community has come with us, so, hopefully, your favourite addons will still function, but we’re at the mercy of third-party contributors to update their work.

There are a few new security features implemented now in Kodi, to help keep you safe from intentional or unintentional problems. Kodi will now enforce the origin of installed addons and their dependencies, which prevents third-party repositories from overwriting code of unrelated add-ons; broken or deprecated add-ons are now highlighted in the add-on list, so you have to actively agree to activate one; the binary addon system now has higher security around data exchange between Kodi and an addons. In addition, we’ve added a default requirement to password-protect Kodi’s web interface, plus give better information around the security implications of enabling external interfaces if you do choose to enable them.

As a cross-platform application, we try our very best to keep all platforms feature equivalent where we can. However, there are inevitably platform differences, and we also have to make room by dropping old platforms as technology moves on.

The big platform change with this release is new support for tvOS, but this means waving goodbye to iOS 32-bit. Beyond that, there are specific tweaks such as specific TopShelf support and fixes on AppleTV, better logging and notch support on iOS, and a move to a single Linux binary for multiple windowing systems (X11, Wayland, and GBM) versus the previous three. That last one will make a big difference to both users and package maintainers, since you’ll no longer have to select a different binary based on the target environment.

Probably too hidden for many users, but there are inevitably changes and improvements that you can’t see, but might give more scope for new features later on: API changes to feed subtitle URIs to the player; multiple updates to various core modules; improvements to API calls and actions, and many more. They may not be important to you, but they took real work and I mention them for completeness. 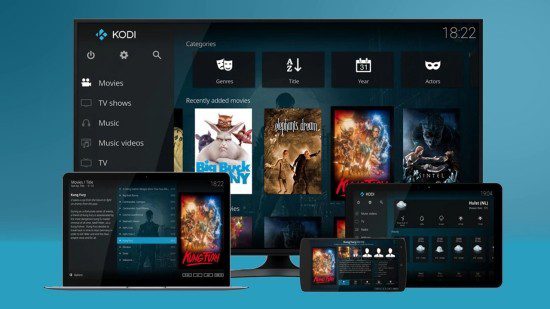