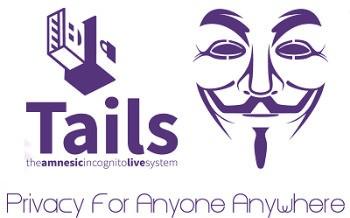 Tails is a live system that aims to preserve your privacy and anonymity. It helps you to use the Internet anonymously and circumvent censorship almost anywhere you go and on any computer but leaving no trace unless you ask it to explicitly. It is a complete operating system designed to be used from a DVD, USB stick, or SD card independently of the computer’s original operating system.

Tails or The Amnesic Incognito Live System is a security-focused Debian-based Linux distribution aimed at preserving privacy and anonymity. All its incoming and outgoing connections are forced to go through Tor, and any and all non-anonymous connections are blocked. The system is designed to be booted as a live DVD or live USB, and will leave no digital footprint on the machine unless explicitly told to do so. The Tor Project has provided financial support for its development. According to the Whonix Project, in comparison with other anonymity-focused software or platforms, “Tails is better suited for high-risk users who face aggressive, targeted surveillance.

Tails is a live operating system, that you can start on almost any computer from a DVD, USB stick, or SD card. It aims at preserving your privacy and anonymity, and helps you to:

• use the Internet anonymously and circumvent censorship;
• all connections to the Internet are forced to go through the Tor network;
• leave no trace on the computer you are using unless you ask it explicitly;
• use state-of-the-art cryptographic tools to encrypt your files, emails and instant messaging.

Tails uses the Tor network to protect your privacy online and help you avoid censorship. Enjoy the Internet like it should be.

Shut down the computer and start on your Tails USB stick instead of starting on Windows, macOS, or Linux. Tails leaves no trace on the computer when shut down.

Tails includes a selection of applications to work on sensitive documents and communicate securely. Everything in Tails is ready-to-use and has safe defaults.

To use Tails, shut down the computer and start on your Tails USB stick instead of starting on Windows, macOS, or Linux.

You can temporarily turn your own computer into a secure machine. You can also stay safe while using the computer of somebody else.

Tails is a 1.2 GB download and takes ½ hour to install. Tails can be installed on any USB stick of 8 GB minimum. Tails works on most computers less than 10 years old. You can start again on the other operating system after you shut down Tails.

You don’t have to worry about the computer having viruses because Tails runs independently from the other operating system and never uses the hard disk. But, Tails cannot always protect you if you install it from a computer with viruses or if you use it on a computer with malicious hardware, like keyloggers.

Tails always starts from the same clean state and everything you do disappears automatically when you shut down Tails.

Without Tails, almost everything you do can leave traces on the computer:

On the contrary, Tails never writes anything to the hard disk and only runs from the memory of the computer. The memory is entirely deleted when you shutdown Tails, erasing all possible traces.

You can save some of your files and configuration in an encrypted Persistent Storage on the USB stick: your documents, your browser bookmarks, your emails, and even some additional software.

It is to note, that due to the fact that Tails include uBlock Origin (compared to the normal Tor Browser Bundle), it could be subject to an attack to determine if the user is using Tails (since the userbase for Tails is less than the Tor Browser Bundle) by checking if the website is blocking advertising.

We worked on important improvements to the automatic upgrade feature, which is still one of your major pain points when using Tails: 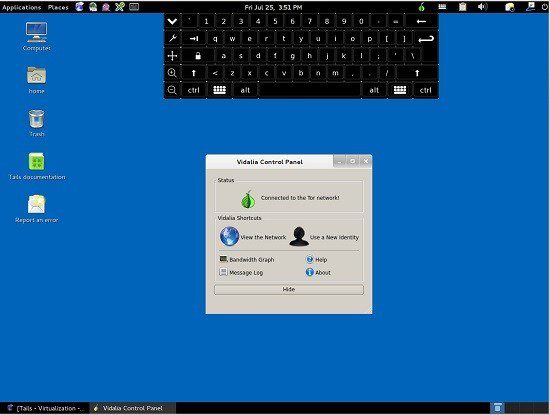