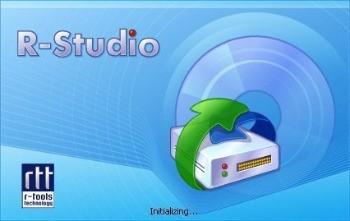 R-Studio is a family of powerful, cost-effective disk recovery software for experienced data recovery professionals. By coupling our most advanced file recovery and disk repair technology with an intuitive user-interface, R-Studio provides enterprise and professional-level data recovery specialists the tools they need without hindering the experience of entry-level users. R-Studio can recover data from local disks, removable disks, heavily corrupted disks, unbootable disks, clients connected to a local area network or the Internet. As a highly scalable, flexible, and deployable data recovery solution,

R-Studio is an invaluable tool for data recovery operations large and small. It functions on local and network disks, even if such partitions are formatted, damaged or deleted. Flexible parameter settings give you absolute control over data recovery.

The R-Studio data recovery software was originally developed for use by data recovery experts, system administrators, IT professionals, and advanced and experienced computer users. Some of R-Studio’s features were even designed exclusively for computer forensic experts, and most R-Studio users don’t need every single feature of the software.

In addition to being a full-featured data recovery utility, R-Studio also includes:
• An advanced RAID reconstruction module
• A feature-rich text/hexadecimal editor
• An entire advanced disk copying/imaging module in one single piece of software, which makes R-Studio your ideal complete solution for creating a data recovery workstation.

R-Studio utilities recover files:
• Deleted without Recycle Bin, or when Recycle Bin has been emptied;
• Removed by virus attack or power failure;
• After the partition with the files was reformatted, even for different file system;
• When the partition structure on a hard disk was changed or damaged. In this case, R-Studio utilities can scan the hard disk trying to find previously existed partitions and recover files from found partitions.
• From hard disk with bad sectors. R-Studio Data Recovery Software can first copy the entire disk or its part into an image file and then process such image file. This is especially useful when new bad sectors are constantly appearing on the hard disk, and remaining information must be immediately saved.

R-Studio Data Recovery Features :
• Standard Windows Explorer – style interface.
• Host OS: Windows 2000, XP, 2003 Server, Vista, 2008 Server, Windows 7, Windows 8, Windows Server 2012, Windows 10.
• Data recovery over the Network. Files can be recovered on network computers running Win2000/XP/2003/Vista/2008/Windows 7/Windows 8/Windows Server 2012, Macintosh, Linux, and UNIX.
• Supported file systems: FAT12, FAT16, FAT32, exFAT, NTFS, NTFS5, ReFS (a new file system introduced in Windows 2012 Server), HFS/HFS+ (Macintosh), Little and Big Endian variants of UFS1/UFS2 (FreeBSD/OpenBSD/NetBSD/Solaris) and Ext2/Ext3/Ext4 FS (Linux).
# Scan for Known File Types (raw file recovery): if the disk file system is heavily damaged or unsupported, R-Studio searches for specific data patterns (“file signatures”) typical for certain file types (Microsoft Office documents, jpgs, etc.). Such known file types can be custom-defined.
• Recognition and parsing Dynamic (Windows 2000/XP/2003/Vista/2008/Win7/Win8/Win10), Basic(MBR) and BSD (UNIX) partitions layout schema and Apple partition map. Dynamic partitions over GPT are supported as well as dynamic partitions over MBR.
• Damaged RAID recovery. If the OS cannot recognize your RAID, you can create a virtual RAID from its components. Such virtual RAID can be processed like a real one.
• Creates IMAGE FILES for an entire Hard Disk, Partition or its part. Such image files can be compressed and split into several files to put it on CD/DVD/flash or FAT16/FAT32/exFAT. Then the image files can be processed like regular disks.
• Data recovery on damaged or deleted partitions, encrypted files (NTFS 5), alternative data streams (NTFS, NTFS 5).
• Recovering data if:
o FDISK or other disk utilities have been run;
o VIRUS has invaded; FAT is damaged; MBR is destroyed.
• Recognizes localized names.
• Recovered files can be saved on any (including network) disks accessible by the host operating system.
• File or disk content can be viewed and edited with the advanced hexadecimal editor. The editor supports NTFS file attribute editing.
• Integration with DeepSpar Disk Imager, a professional HDD imaging device specifically built for data recovery from hard drives with hardware issues. Such integration provides R-Studio with a low-level fine-tuned access to drives with a certain level of hardware malfunction. Moreover, it allows disk imaging and analyzing be performed simultaneously. That is, any sector R-Studio accesses on the source disk will be immediately cloned to a clone disk and any other data recovery operation will be made from that clone disk avoiding further deterioration of the source disk and great reduction in processing time.

New features:
+ Virtual objects, like virtual RAIDs and regions, can be connected to the system as read-only virtual drives. Such drives are visible in and accessible to the system and other programs. (Technician version)
+ Folders, which are symbolic links to other folders (targets), can be shown as links, without showing the content of the targets. (Technician version)
+ Support for deduplication in the NTFS file system created by Windows Server 2019 has been added.
+ Support for the ReFS file system created by Windows Server 2019, including deduplication, has been added.
+ R-Studio Emergency can now run in 64-bit mode and use all available RAM to recover large hard drives.

Bugfixes:
– The program may have frozen during the opening or scan of some images. Fixed.
– The warning that a mask was applied my have not shown on tab titles. Fixed.
– NTFS file systems with the cluster size of 64k may have been processed incorrectly. Fixed.
– Scan info for objects found during the fast scan for lost partitions may have been saved/loaded incorrectly (incorrect parent objects). Fixed.

Dec 25, 2020
Loading ... Load More Posts No More Posts
You cannot print contents of this website.
We use cookies to ensure that we give you the best experience on our website. If you continue to use this site we will assume that you are happy with it.OkNoRead more