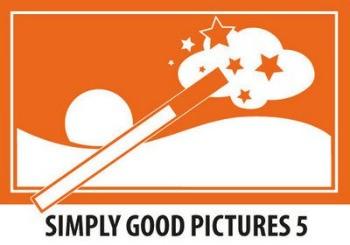 Simply Good Pictures automatically optimizes photos to make them look more realistic! Simply Good Pictures‘ fully automatic photo optimization improves your images with a single click, for example to make them look more realistic. At the same time, selective object recognition ensures that only those parts of the image are optimized that help to improve the overall impression. Simply Good Pictures 5 can extend the dynamic range of the images, recognize faces as image components and calculate them according to their relevance, compensate for incorrect exposures, correct colors and brighten shadows.

Simple and user-friendly interface
The main window of the application is split into three parts, the original picture is displayed on the left and the preview on the right-side of the screen, while the optimization and repair section can be found at the bottom.

Efficient photo optimization tool
Even though the algorithms and mathematical procedures used to reconstruct and optimize photos are identical to those used in Photomizer, this application doesn’t come with so many image enhancements as the latter. Simply Good Pictures does not support batch mode, so you are left with the single option of optimizing one picture at a time. But what it lacks in features, it makes up for in easy manipulation and full-proof results. In order to quickly edit a photo, you can select the Automatic optimization option, but keep in mind that by doing so, you won’t be able to use the Auto-Color function. When you unselect the Automatic option, you can use the slider to increase or decrease the strength of the optimization process.

Furthermore, you can reconstruct pictures by removing artifacts and image noise. The program automatically sets the dynamic range, recognizes faces as parts of photos, compensates incorrect exposures, adjusts colors, reduces shadows and brightens up images. Thus, there is little work left for you to do, since the application decides for itself which areas of the photo need improving.

One of the best fully automatic image optimizations in the world!
With “Simply Good Pictures 5” you achieve results, which even professional photographers could only obtain with extensive knowledge and experience. Some of the most important program functions: